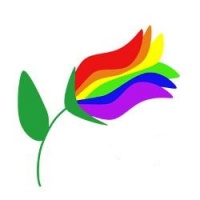 Did you know that the global environmental movement was founded by an LGBTQ person - scientist and marine biologist Rachel Carson of the United States? Her ground-breaking book 'Silent Spring' (1962) came from her scientific studies into the effects of the chemical DDT and other pesticides on natural habitats around the world.

At the time of publication, countries around the world were shocked by the increasing number of deaths of birds, for example, that could not be explained. The book caused an international sensation by drawing a direct link to the increasing use of pesticides in agriculture and other areas. Despite pushback from the chemical industry, global governments established organizations to regulate and investigate environmental issues, notably the U.S. Environmental Protection Agency.

Today, it is common to have government ministers in the developed world tasked with administering such environmental regulations. In addition, there are a significant number of global private enterprises with a focus on environmental protection. These range from Greenpeace, to the World Wildlife Fund, to local and regional organizations specific to individual countries. Numerous television shows and documentaries speak to the issue. Many celebrities endorse the environmental movement and have lent their profile to its causes. Environment protections are now a popular global grassroots movement, thanks to the pioneering work of Rachel Carson.

Sustainability has become a prominent and standard keyword in today’s society. This has evolved from environmental activism. Sustainability refers to the ability of an environment to remain diverse and productive, and to endure challenges to it from outside forces.

An environment group, Out for Sustainability, was founded in 2008 to link the LGBTQ community to environmental activism and support the LGBTQ environmentalist movements. The group hosts an annual conference on issues affecting the community. The article below about its founder explains why climate activism is a similar process to the act of coming out as gay. Groups such as these are described as eco-queer movements.

There are many high-profile LGBTQ individuals today, and from the past, environmentalists and others involved in environmental protection. They hail from countries such as Canada, Denmark, Sweden, Germany, Finland, the United States, Norway, Australia, India, Italy, and Romania. Their biographies reveal a group of talented individuals with a social conscience on an issue which affects our everyday life: