Adoption, Parenting and Family Activists for the LGBTQ Community 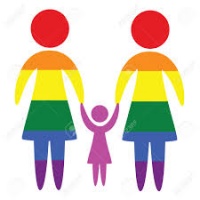 The rights of LGBTQ families to adopt, parent and form a legal entity under the law is a relatively recent issue for the LGBTQ community. To most people, the ability to be a good parent has nothing to do with sexual orientation, a viewpoint that has been adopted by the leading social, psychological and legal organizations.

To advance the issues on these matters, several politicians, activists, lawyers, counselors, psychologists, academics, and other specialists have coalesced from around the world. Several of these individuals are well known, such as actor Rosie O'Donnell of the United States, actor Charlie Condou of Great Britain, and lawyer Harvey Brownstone of Canada.

There are several activist organizations which have formed to advance the issues. These include the Family Equality Council, the GLBT Family Coalition, and The Family Acceptance Project. Reference material is available on the issue from the Journal of LGBT Family Studies and Gay Parent magazine.

We have identified the following individuals who are active in the issues of adoption, parenting and family matters for the LGBTQ community. Simply click on their names to read their fascinating biographies.