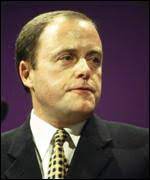 Executive chairman of Sovereign Strategy, a public affairs company that he founded in January 2000. Former Labour Party Member of the European Parliament (MEP, 1989-1999) and as leader of the European Parliamentary Labour Party. Formerly worked for the GMB trade union. Non-executive Director of Cosworth, and on the Council of the University of Chicago’s Harris School of Public Policy.