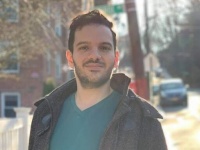 Executive Officer and Treasurer, Foreign Press Correspondents USA. Former General Secretary of the organization (2019, 2020). Editor and reporter who has worked on interviews with such individuals as former White House Communications Director Anthony Scaramucci; Maria Fernanda Espinosa, the current President of the United Nations General Assembly; and Mariangela Zappia, the Permanent Representative to Italy for the U.N. He has written about politics and LGBTQ issues for such publications as Salon and The Huffington Post and began his career working as an editor on the actor and activist George Takei’s social media team, specializing in breaking news and pushing progressive policy initiatives.