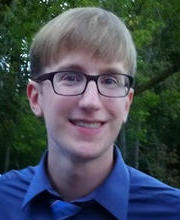 Astronomer, and part of the team which helped create the first image of the cataclysmic celestial event known as the black hole in 2019. Participated in the team as the primary developer who wrote the computer code to coordinate three telescopes around the world to take the image, writing the code for one of the pipelines. As a graduate student, he works on EHT projects at the intersection of theory and observation. He performs GRMHD simulations with new electron temperature evolution code to simulate movies of Sgr A* and M87 to better understand how EHT observations will constrain the plasma physics of the inner accretion flow and jet. He also is a leader on the EHT imaging working group, and has pioneered new algorithms on reconstructing images directly from robust data products like closure phase and amplitude. He is the author of the eht-imaging software library which is used across the collaboration for analyzing data and generating images. Member of the Astronomy and Astrophysics Outlist of LGBTQIA+ members of the astronomical community.