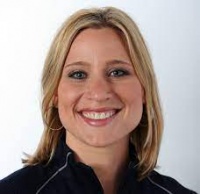 Co-founder and Chief Executive Officer of Sports Innovation Lab since 2016, a company which examines market research to help brands figure out the behavior of sports fans. Former ice hockey player. Member of the United States Women's National Ice Hockey Team, medaling in four successive Winter Olympic Games, including one gold medal in 1998, two silvers in 2002 and 2010, and one bronze in 2006. She competed in ten Women's World Championships, winning four gold medals and six silver medals. In that time she was named Best Defenseman twice at the Olympics and four times at the World Championships.Member of the International Olympic Committee from 2010 to 2018 and served as a member of the Executive Board of the IOC (2016-2018). All-time leader in games played for Team USA, male or female, with 256 games. Inducted into the Hockey Hall of Fame's Class of 2015, the USA Hockey Hall of Fame (2015) and the IIHF's Hall of Fame (2017).