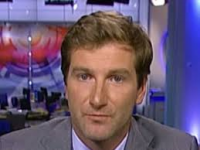 Former television news broadcaster and editor-in-chief, who was promptly fired from the television station he co-founded when he came out as gay on air. The station was subsequently closed. Established The Foundation in support of people who live with HIV/AIDSC Center (2016). LGBTQ activist. HIV positive.