Difference between revisions of "Ben Platt" 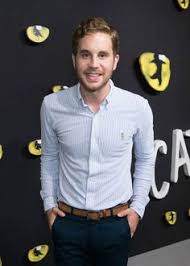 Theatre actor, notably in the stage production of 'Dear Evan Hansen' (Tony Award, 2017 and Grammy Award, 2018). Appears in the movie version of the play (2021). Also starred in the theatre productions of 'The Book of Mormon', 'Pitch Perfect' and 'Pitch Perfect 2'. Released his debut album 'Sing to Me Instead' in 2019 with the hit songs 'Bad Habit' and 'Ease My Mind'. Appears in the Netflix series 'The Politician'. Also known as Benjamin Platt.