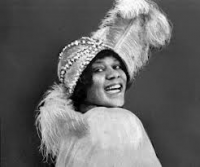 'Empress of the Blues', was considered the greatest and most influential classic blues singer of the 1920s. Noted for her vaudeville performances. A biography of her life is being produced by HBO television. Died unexpectedly in a car accident. Bisexual.