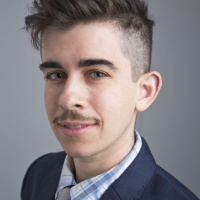 Transgender lawyer and rights activists who is a staff attorney with the American Civil Liberties Union (ACLU) since 2013. Deputy Director for Trans Justice at the ACLU. Has worked on a number of high profile transgender rights cases, such as that of Gavin Grimm and Chelsea Manning. Lawyer on the team that successfully argued for the Supreme Court ruling that LGBTQ people are protected in the workplace and public spaces by federal anti-discrimination laws (2020). Named to the Time Magazine 100 Most Influential People list (2020). Co-founded the Lorena Borjas Community Fund, an organization that provides direct bail/bond assistance to LGBTQ immigrants in criminal and immigration cases. Recipient of numerous honours and awards for his work.