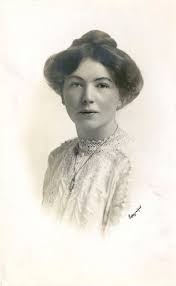 Feminist and suffragette activist in the United Kingdom. Co-founder, with her mother Emmeline Pankhurst, of the Women's Social and Political Union (WSPU). Educated in law but was not able to be registered as a lawyer because she was female. Had relationships with fellow suffragettes Mary Blathwayt and Annie Kenney. Later moved to the United States for a period and became an evangelist. Appointed a Dame Commander of the Order of the British Empire (1936).