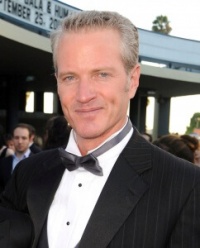 Senior Vice President of Campaigns, People for the Ethical Treatment of Animals (PETA). Known for launching PETA’s legendary “Rather Go Naked Than Wear Fur” campaign, and other shock campaigns. Author of the book and memoir 'Committed' (2007). Essays about his experiences have appeared in TV Guide, Out, The Advocate, and British newspapers, including The Times and The Guardian. Named by gay lifestyle magazine Genre as one of the most influential people of the new century (2000).