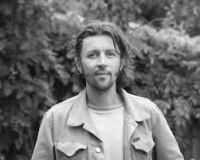 Professional garden and landscape designer, writer, and broadcaster. Established his own practice Dan Pearson Studio in 1987 after serving as garden designer with The Conran Shop. Has designed show gardens at the Chelsea Flower Show in 1992, 1993, 1994, 1996, 2016, and 2015 (Best in Show, Gold). Author of numerous gardening books, including 'The Garden: A Year at Home Farm' (2001) and 'Natural Selection: A Year in the Garden' (2017). Contributor to The Guardian, The Telegraph, The Observer, and other newspapers. Member of the Editorial Board of Gardens Illustrated magazine. Tree Ambassador for The Tree Council. Honorary fellow of the Royal Institute of British Architects. Winner of the 'House & Garden Garden Designer of the Year' award in 2019. Appointed Officer of the Order of the British Empire (OBE) in the 2022.