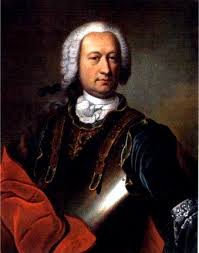 The Marquis de Sade was a French writer and philosopher whose works are considered the definitive early texts on topics such as fantasy, eroticism, and the issues of freedom of morality and laws with respect to sexual activity. His influence on these subjects is so great that the words ‘sadism’ and ‘sadist’ are derived directly from his name.

Born and educated in a deeply religious family and environment, de Sade initially pursued a military career and fought as a Colonel in the Seven Years War. Upon his return from this war, he married and fathered 2 children.

De Sade was jailed for such activity on numerous occasions. At one point, he was accused of sodomy and fled to Italy to avoid arrest. He was caught and imprisoned, from which he escaped. After a series of other scandals, he was tricked into returning to Paris, re-arrested, and jailed again. He was transferred into a series of harsher prisons over the next few years.

After release, de Sade served a short term as a member of the National Convention after the French Revolution. He was removed from this post when he wrote a number of articles criticizing the Reign of Terror. He was re-arrested and sent again to a series of prisons, faced a charge of insanity (instigated by his family), and died in prison in 1814.

Throughout, the Marquis de Sade wrote and published numerous works reflecting his libertine philosophy on sexual activity. Each was considered more sensational than the previous, and each was met with increasing opposition by the established political society.

At the time of his death, most of his work was banned and much of it destroyed. It is only recently that interest has returned to his work, and many important philosophers and commentators have drawn on it as a basis for their own writings. This includes: philosophers Simone de Beauvoir, Michel Foucault, and Camille Paglia; filmmaker John Waters; and poet Charles Swinburn.

Popular culture today has adopted the ideas of de Sade - hence the derivation of the word ‘sadism’. He is depicted as a libertarian fighting against the constraints of the censors and the elites, an individual who fought to break down established moral barriers to freedom of action and thought. There is no surprise, then, that the philosophical leanings of the Marquis de Sade would be adopted by the LGBTQ community in its fight for equality and freedom of sexual expression.

The common theme in the Marquis de Sade’s work, though portrayed through violent sexual activity, is the importance of freedom and its exercise. His work is thus both entertainment and philosophical treatise. The fact that the portrayal became ever more fantastic is in turn a reflection of the ever stronger rejection of his ideals by an established political power. This became a reflection of the constant struggle between good and bad, desire and constraint. Most of his written output was produced while in prison as a reaction to his harsh treatment for his libertine views.

The Marquis de Sade’s work is a fusion of actual sexual activity with the theoretical concepts of desire and imagination. The former is restricted by the morals and laws of society, but the latter is restricted by one’s willingness to think about it. Reality is the mixture of the two. Society fluidly moves between the two. In the LGBTQ context, the public reception of homosexual behaviour is drawn out of the interplay between the two.

Recognition of this interplay helps to place the fight for LGBTQ rights in a clearer context. To this, we owe a degree of gratitude to the Marquis de Sade. The question becomes, why does he continue to scare us? Perhaps because his work reflects the reality of life continually evolving toward the extreme.