Electronic and Synthetic Music Performers Who Identify as LGBTQ 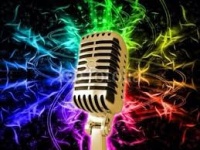 Electronic and synthetic music is that which is entirely played by electronic instruments or some other forms of digital sound producer, often employing computers, sound synthesizers and theremins. As such, it is a relatively new genre of music in historical terms since the ability to play it has only come about with the advancement of the technology itself. The synthesizer, for example, was invented in 1959. Nevertheless, as a genre of music it has grown tremendously over the past four decades, in terms of the number of musicians composing and playing it, the community of adherents, and in terms of general awareness and popularity.

This type of music has a particularly queer aspect to it. Its popular origins can be said to have risen with the rise of disco music in the 1970s, which emerged out of queer nightlife and is closely associated with the LGBTQ community. This in turn led to the popularity of house music, driven early on by the communities of colour in the United States (the term 'house' is derived from The Warehouse, the gay/black/latino club located in Chicago) and led by 'the godfather of house music' Grammy-winning gay Frankie Knuckles. This led to the surge in the Electronic Dance Music (EDM) at the turn to the new millenium.

Today, this is evolving into an even newer generation of music that has definite queer, and feminine, aspects to it that blur traditional gender lines. Listen, for example, to the music of Baths (the stage name of gay Will Wiesenfeld) and you can hear the lyrical feminine tone to his music. What is impressive is the large number of transgender musicians who are popular and successful in this genre today, such as Rae Spoon, Wendy Carlos, Sidney Chase, Gavin Russom, and Terre Thaemlitz.

The majority of musicians who have excelled in electronic and synthetic music combine this with traditional forms of instruments. Notable in this mixing is Sidney Chase, a recipient of a Grammy Award in her contributions to scoring popular movies such as 'The Shining' or the Disney film 'Tron'.

We have identified a large community of LGBTQ electronic and synthetic music performers who are highly popular today. They hail from Canada, Great Britain, Haiti, Ireland, Singapore, Spain, Sweden, and the United States. To read their fascinating biographies, and view links to their music, simply click on their names.