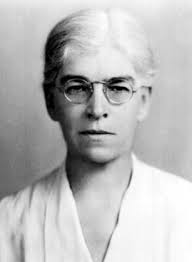 Medical doctor who focused on caring for premature babies and newborns, establishing the national standards for how hospitals care for babies as chief of child development at the Children’s Bureau in 1935. Became one of the first female professor at Yale's School of Medicine (1920). American Pediatric Society awarded Dunham its highest honor, the John Howland Award (1957), being the first woman to receive the honour. Partner was fellow doctor Martha May Eliot. Also known as Ethel Collins.