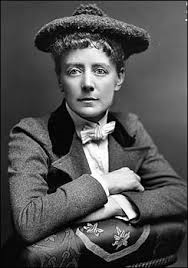 Classical music composer who is noted for her opera works, particularly 'The Wreckers' and 'Der Wald'. Involved in women's suffragette movement. Her 1911 song, ‘The March of the Women’, which had lyrics by Cicely Hamilton, was dedicated to movement leader Emmeline Pankhurst – documented to have been a lover of Smyth’s – and became the official anthem of the Women’s Social and Political Union and women’s suffrage activism around the world. Appointed a Dame of the Order of the British Empire (1922).