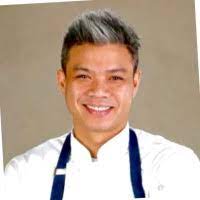 Chef and winner of the third season of Top Chef, a reality cooking competition series on Bravo. In March 2022, signed on as the new Director of Culinary Innovation for Orlando-based Omei Restaurant Group. He was the Executive Chef at Catch, The General, and Catch Miami. From the spring of 2008 through August 2009, Huynh was the guest executive chef at Solo restaurant in New York City. From August 2009 through 2011, he was the executive chef of Ajna Bar (formerly Buddha Bar) in New York City. Bisexual.