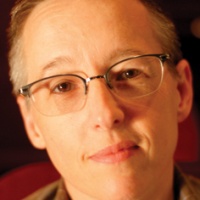 Queer media historian, activist, author, festival programmer and online pioneer. One of the world’s leading experts on LGBT film history. Most notably, she served as consulting producer on the Sundance and SXSW hit, 'By Hook or By Crook' as well as co-producing Guinevere Turner’s most recent short drama, 'Late'. Her associate producer credits include the 1996 British Channel 4 documentary, \Jodie: An Icon' (an exploration of Jodie Foster as an icon for lesbians) and the IFC documentary, 'Fabulous! The Story of Queer Cinema'. She is currently Vice President of e-commerce and marketing at Wolfe Video and sits on the advisory boards of Outfest’s Legacy Project for LGBT Film Preservation, and Canyon Cinema. Co-founder and writer for PlanetOut.Com . Her debut film, 'The Joy of Life' (2005) won Best Outstanding Artistic Achievement at the 2005 Outfest and at the 2005 Newfest.