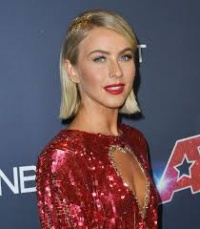 Dancer, singer, actor and choreographer. Judge on the reality television show 'America's Got Talent' since 2019. Former judge on the reality television show 'Dancing With the Stars' (2014-2019), and former choreographer on the show. Recipient of an Emmy Award for Outstanding Choreography (2015). Country music singer, whose songs include 'Will You Dance With Me' (2007) and self-titled album (2008). Appeared in the films 'Footloose' (2011 remake) and 'Safe Haven' (2013). Hosted and produced two Miss USA broadcasts and various Disney holiday specials for ABC television network.