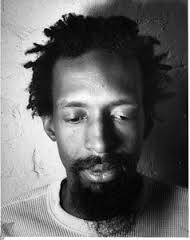 Composer, pianist, and dancer. Notable for integrating pop music style into his minimalist compositions, engendering confrontation through its subject matter. Notable works include 'A Mighty Fortress is Our God' which is considered his gay manifesto, and 'Gay Guerrilla' (1979). His drug dependency later in life led to his isolation and eventual homeless death. Subject of a collection of essays titled 'Gay Guerrilla: Julius Eastman and His Music' (2015).