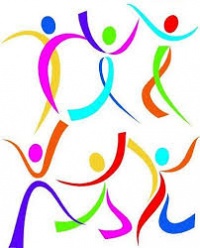 The world of the Ballet dancer is a unique one. As an artistic venture that incorporates athletic ability, artistic expression, and public performance, it demands a significant amount of talent for the individual artist. Similar to many demanding professional sports, it tends to be a profession for the young that takes a heavy toll in terms of time, energy, and physical and mental stamina.

LGBTQ ballet dancers have been a visible and important part of the arts community for many generations. As an artistic field which appreciates its talent, it is a profession that has accommodated LGBTQ individuals even in conservative political and religious environments.

A survey of professional ballet dancers in 1997 revealed that they themselves believed that 57.8 percent of the men in dance companies overall were gay, while they considered 53 percent of the men in their own companies to be gay. Indeed, many past high profile LGBTQ ballet dancers are household names. These include Erik Bruhn of Denmark, Jerome Robbins of the United States, and Vaslav Nijinski or Rudolf Nureyev of Russia.

In addition to their prominent early dance careers, many LGBTQ ballet artists have gone on to successful and illustrious post-dancing careers as Directors of national ballet companies or as choreographers of their own successful productions that toured the world. As both dancers and choreographers, individual success has translated into the receipt of many national awards and honours, such as the Order of the British Empire (OBE), the Order of Canada, the Order of Orange-Nassau, and others.

Surprisingly, we have yet to identify any lesbians in the group of LGBTQ ballet dancers. There is only one publicly recognized transgender individual - Jin Xing of China. The LGBTQ participation in the profession has been dominated by gay male dancers - this reinforces the stereotype of the male ballet dancer as breathtakingly beautiful and gay.

Most are familiar with the ground-breaking all-male production of Swan Lake created by the famed Matthew Bourne of Great Britain. He has also produced a dance production of Oscar Wilde’s novel 'The Picture of Dorian Gray'.