Difference between revisions of "LGBTQ Engineers" 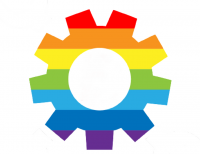 Engineers are inventors, designers, builders and testers of the machinery and functioning equipment and applications that we utilize in our day-to-day lives. There are many branches of engineering present today, including mechanical, computer, electrical, nuclear, civil, planning, and more.

Given this wide variety of engineering professionals, it is not surprising that LGBTQ individuals are a prevalent and high profile part of the community. Recent surveys have shown that more than 5% of engineers worldwide publicly identify as LGBTQ, though until recently this group has been invisible and silent. The profession has a reputation of being a conservative, male-dominated professions with high barriers to entry and intolerance to diversity.

Diversity not only creates more engineers (which the world needs to continue its progress), but also leads to better research and outcomes by encouraging more creativity and innovation. Diverse outlooks and opinions will challenge the status quo and help in removing bias from scientific research.

Many LGBTQ interest groups have been formed to change the historical reputation of engineering. These include InterEngineering and EqualEngineers in the UK, and EngiQueers in Canada. In the United States, there is the National Organization of Gay and Lesbian Scientists and Technical Professionals (NOGLSTP), NuclearPride, 500 Queer Scientists, LGBT STEM, and oSTEM. An Australian founded the group Turing Circle as a support group for LGBTQ individuals in STEM and advocate for an inclusive profession.

Surprisingly, lesbian engineers make up a large part of the community of notable LGBTQ individuals on our list. Also present is a significant presence of transgender engineers, including Audrey Tang of Taiwan, Sophie Wilson and Kate Stone of Great Britain, and Mary Ann Horton, Alexia Massalin, and Dana Contreras of the United States.

In fact, did you know that transgender engineer Mary Ann Horton is one of the principal founders and designers of Usenet and the internet, and invented the computer program coding that is the forerunner to email attachments used around the world today?

We have identified the following notable LGBTQ engineers from around the world. Simply click on their names to read their fascinating biographies.