Difference between revisions of "LGBTQ Librarians and Archivists" 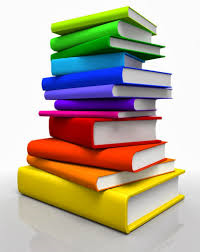 Libraries and archives are vital repositories of information and resources on the history and needs of a community. The LGBTQ community is unique in its history, and it relies on these institutions to preserve and present that history in an accessible, educational, and inspirational way.

Many of the individuals who have created or manage these institutions have a rich background in the LGBTQ community. Often they have been activists themselves. Some are strictly academic in their focus. Others are writers of notable books and articles which chronicle the development of the LGBTQ community both locally and internationally.

The needs of the LGBTQ community for the resources of libraries and archives evolve with the development of the community itself. In the early years they tend to be locally focused and organized. However, as the rights of the LGBTQ community become entrenched, national cultural and educational institutions and organizations develop separate task forces, staff groups, catalogues, exhibitions, collections, and repositories focused specifically on LGBTQ material.

Of course, not all LGBTQ individuals in this profession focus solely on the needs of the LGBTQ community. Many have wide expertise applied to large organizations.

A current challenge for libraries and archives is the decline of printing and publishing around the world. A particular aspect to this challenge is the rise of social media and its use in the organization and documentation of a community. Capturing this social media activity is a particular concern.

To accommodate this change, many libraries and archives are turning to digital recording and preservation of materials. This works to the benefit of researchers and the general public because it allows for online access to historical and contemporary documents relevant to the individual’s field of study.

We have identified a number of LGBTQ individuals, either historically or today, who work on the development of libraries and archives: