Difference between revisions of "LGBTQ Management of Film Festivals" 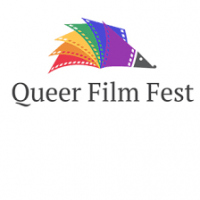 Film and documentaries are an important medium for the LGBTQ community to tell its stories and document its history. In addition to the mainstream international film festivals, there are a large number of LGBTQ-specific film festivals organized around the world to participate in this process. In both cases, there are LGBTQ individuals as founders, organizers, board members, Artistic Directors, Executive Directors, and more.

Since the first gay film festival opened in San Francisco in 1977, queer film festivals have flourished. Their content has diversified from the original classical films and often pornography, to activism and documentary. Film festivals can serve as safe havens and celebratory occasions for the local LGBTQ community, and are often an important part of the education and stepping out process for many individuals. A lot of today’s avante-garde directors and producers got their start in the LGBTQ film festival circuit.

Film festivals also serve the purpose of archiving and maintaining LGBTQ cultural memory. Many videos and films of the past are carefully stored, restored, and often digitized to be available for future generations.

Several LGBTQ individuals are also involved in the management of high profile, global mainstream film festivals. Their roles may involve, in part, the presence of LGBTQ-themed films at their associated film festivals.

We have identified the following LGBTQ individuals involved in film festivals around the world. They hail from Canada, South Africa, Norway, the Netherlands, Uganda, China, the United States, Romania, Belgium, France, Israel, Indonesia, Great Britain, and Russia. Simply click on their names to access their biographies.