Difference between revisions of "LGBTQ Mathematicians" 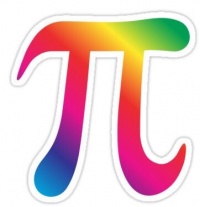 Mathematics is the study of numbers and the logic, structure and change associated with them. At one time, mathematics was considered the foundation of the philosophical sciences because of the strict attachment of logic to the study, the ability to solve problems from that logic, and the determinate solution to those problems. Deduction and rules were outcomes from mathematical questions because there was always an answer that could not be disputed. In this sense, mathematics is a science in its purest form. Of course, life is not quite as simple as that, but mathematicians hoped it could be, or believed it was, in an ideal world.

Mathematics has a long and rich history, going back to the 6th century BC with the developments of the Pythagoreans who created the term. As a field of study, it is evident in all cultures around the world, including Greek, Chinese, Indian, European, Arab, and more. As the world progressed, mathematics became deeply ingrained in the study of many other fields of academic enquiry.

Given this rich and long history across many disciplines, it should be no surprise that the LGBTQ community has a presence in this field of study. This goes back as early as Plato and Leonardo Da Vinci.

The contemporary field of mathematics, however, is not well populated with out LGBTQ individuals. In some respects this is because the field itself suppresses the relevance of individual personalities in the study, believing to emphasize such would impart a notion of impartiality or bias in the study. Sexuality is a hidden characteristic, and in the scientific field the hiding of such characteristics is often encouraged because revealing it would run counter to scientific neutrality.

As a result, individuals in STEM-related fields (science, technology, engineering, and mathematics) report lower job satisfaction than workers in many other professions.

There has been an attempt to organize the interests of the LGBTQ community of mathematicians through the American organization Spectra (also known as Out In Math). This organization, still in its infancy, attempts to unite the community and its allies as an interest group, and organizes social events at large mathematical conferences. Other organizations include Pride in STEM.

Another organization, 500 Queer Scientists (500queerscientists.com), is an online database for the STEM community and which allows individuals to contribute their biography. Their goal is to ensure the next STEM generation has LGBTQ+ role models; help the current generation recognize they’re not alone; create opportunities for community connections and greater visibility within STEM.

We have identified the following individuals as prominent LGBTQ Mathematicians. Simply click on their name to access their fascinating biographies.