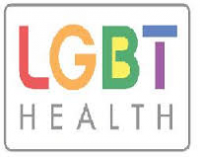 Psychology, together with Sociology, was one of the first disciplines to study homosexuality. Much of this work has informed society on the behavior and normality of homosexual individuals. Of course, we all know that the removal of homosexuality as an abnormality or disorder of human behavior by the psychiatric profession in the United States (followed by much of the developed world) was a great step forward for LGBTQ human rights. This conclusion was based on extensive factual scientific research that countered popular opinion and dogma to the contrary.

Many individuals in the profession who have advanced this knowledge, or are doing so today, were or are themselves LGBTQ. Some are well known to us (such as Alfred Kinsey or Henry Havelock Ellis) while others work behind the scenes.

Dinesh Bhugra of Great Britain is notable as the first gay President of the World Psychiatric Assocation. Professionals such as Bhugra all aid the community at large in understanding and coping with aspects as diverse as dealing with HIV/AIDS, transgender individuals, youth and parenting, cancer, relationship counseling, suicide, spirituality, and more.

The profession works with LGBTQ individuals who are confronted with mental and social challenges placed on them by an intolerant and unaccepting (or ignorant) society. One could ask: is there a correlation between intolerance and the extent of professional psychologists per population in a given country?

Psychotherapy is an important medical tool to deal with the stress associated with coming out as LGBTQ. It plays a critical role in the transgender transitioning process. Similarly, it plays an ongoing role in the lives of the intersex population.

Gaylesta is a professional psychotherapy association founded in 1987 specifically for licensed practitioners specializing in the LGBTQ community. It is the oldest and largest professional organization focussed on LGBTQ mental health. It is also an advocacy organization fighting against gay conversion programming around the world.

The following LGBTQ individuals have made notable contributions to the profession: