Literary Critics and Editors Who Identify as LGBTQ 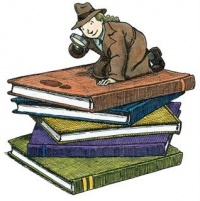 The role and significant contribution of LGBTQ literary critics and editors to the progress of the community over time should not be underestimated. Literary criticism denotes a range of approaches to textual scholarship and writing that analyzes, interprets and often contests the structures and relations of presentation and meaning. Literary criticism is the interpretation of a piece of work, formed on the basis of the reviewer's critical analysis, and which argues the value and merit of the work to its readers.

With the increasing complexity and profile of sexual orientation's role in society, the important role of literature in communicating and reflecting the change has grown. Literary critics have aided this process by encouraging, interpreting and supporting the varied and complex means by which literature both conveys and assists these changes.

Literary scholars have relied on their critics and editors when presenting the changing nature of sexual orientation over time. These critics also played key roles in advancing the integration and exposure of studies of sexuality in academic institutions, newspapers, television, radio and other mediums. Their role has extended to publishing groundbreaking research, and training other LGBTQ individuals interested in exploring LGBTQ culture, art, literature, history and politics. Literary criticism is closely aligned to theory.

Many notable LGBTQ literary critics and editors are themselves accomplished novelists, poets, journalists, or observers.

We have identified a large number of notable LGBTQ Literary Critics and Editors. Simply click on their names to read more about their work and contributions to the advancement of the LGBTQ community around the world.