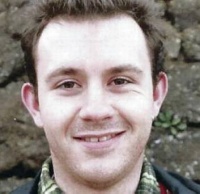 Leading activist in the 'Lesbians and Gays Support the Miners' during the miner's strikes of the mid-1980s, an event portrayed in the film 'Pride' (2014). The Mark Ashton Trust and The Mark Ashton Red Ribbon Fund (Terrence Higgins Trust) were created in his honour to raise money for individuals suffering from HIV. Died of AIDS.