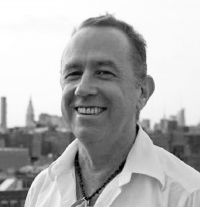 AIDS researcher. Executive director of the Treatment Action Group (TAG), which he founded in 1991 as a splinter group from ACT Up, and has been affiliated with a number of committees for the NIH and the World Health Organization (WHO). He previously served as a member of the AIDS Coalition to Unleash Power (ACT UP) (1988-1992). Harrington is the author or co-author of numerous reports and essays, including A National AIDS Treatment Research Agenda (1989), The Crisis in Clinical AIDS Research (1993), and the WHO report, Scaling Up Antiretroviral Therapy in Resource-Limited Settings: Guidelines for a Public Health Approach (2004). Recipient of a MacArthur Genius Award (1997).