Difference between revisions of "Matt Bomer" 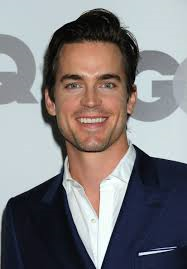 Stage, film, and television actor, best known for his role in the television series 'White Collar' (2009) and the movie 'Magic Mike' (2012). Recipient of a Golden Globe award in 2015 for his role in the film ‘The Normal Heart’ (2014), the story by Larry Kramer about the 1980s AIDS crisis in New York, making him the first out actor to win a major film award in the United States. Appeared in the Broadway revival of 'The Boys in the Band' along with Jim Parsons, Zachary Quinto, Charlie Carver, Andrew Rannells and others.