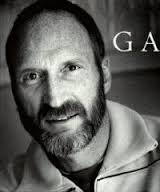 A former Olympic athlete himself, Dr. Tom Waddell is credited with the founding of the Gay Games, the global multi-sport competition held every four years in a different country. Modeled after the Olympic Games, the goal of the Gay Games is to be an inclusive cultural and sports meet with less emphasis on competition and more on participation in support of the LGBTQ community.

Born as Thomas Flubacher, he changed his name to that of his adoptive parents after his family split up when he was fifteen years old. Waddell attended the New Jersey School of Medicine and was drafted into the U.S. Army upon graduation in 1966. When he protested, the Army sent him to train as a decathlete for the 1968 Olympic Games in Mexico City. He placed sixth among the 52 competitors. The Army then discharged him, and he returned to Georgetown University to complete his medical residency, followed by a graduate fellowship at Stanford University.

Dr. Waddell then entered private practice before going overseas in 1974 to work as a doctor in Saudi Arabia. In 1976, he was team physician for the Saudi Arabian Olympic team.

It was when he was residing in San Francisco in 1972 that he devised the idea of the Gay Games. Initially, he wanted to use the name Gay Olympics but the U.S. Olympic Committee obtained an injunction which prevented its use. The first Gay Games were held in San Francisco in 1982 to enormous success. There were 1,350 competitors and 300 cultural participants in 11 sports. The second Gay Games of 1985 attracted 3,500 participants from 17 countries participating in 17 events. Successive games have been held in Vancouver, New York, Amsterdam, Sydney, Chicago, Cologne, and most recently in Cleveland in 2014. These most recent games attracted over 20,000 athletes from more than 60 countries, generating an economic impact of US$ 52 million. The next Games will be held in Paris in 2018.

As you can see, the sports organization gained momentum with each Gay Games. The reason is simple – LGBTQ athletes are eager to participate in an organized competition in which they can be recognized as out and proud individuals. This is not yet possible in the macho normative world that still exists in most amateur and professional sports organizations. The Gay Games have become another vehicle for the LGBTQ community to independently express themselves and advance their cause for equality and sexual liberation. Waddell himself argued that the Gay Games sports movement would dispel the myths that had been generated about ageism, sexism, and racism.

Throughout the years, Dr. Tom Waddell was in a number of committed relationships. In 1981, he met lesbian athlete Sara Lewenstein with which they had a young daughter. Unfortunately, in 1985 Waddell was diagnosed with AIDS and he passed away in 1987. The Tom Waddell Award was initiated in his honour and is presented to an individual who inspires leadership in sports or culture and promotes the success of the Gay Games.

Why is it that the broader world of sports needs to be publicly divided between heterosexual and homosexual communities? Part of the answer lies in the ingrained culture of sport itself – a competitive, macho activity that relishes the image of superiority at all costs. This, of course, leaves no room for a stereotypical view of the effeminate LGBTQ individual whose tastes runs to more leisurely pursuits.

Another part of the answer lies in the compensation structure of amateur and professional athletes. There is the fear that being out means a loss of sponsorship and marketability for the athlete. Another aspect is that sport is political, and many politicians around the world continue to marginalize the LGBTQ community to the point of exclusion. Politics is about power which often plays against the weakest and marginalized segments of a population.

However, part of the answer lies with the LGBTQ community itself. A fear of a negative attitude for being honest about who one is leads the large majority of LGBTQ athletes, especially professional ones, to remain in the closet. By developing a well-organized, mass participation event that is staged around the world, Dr. Waddell created the opportunity to counter this.