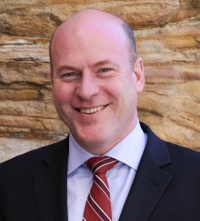 Member, Australia's Parliament since 2015, being the first out LGBTQ individual to hold such position. Director, Transport Policy, and Deputy Chief Executive of the Tourism and Transport Forum of Australia. Active in the Liberal Party of Australia in the New South Wales district. Former councilor in the North Sydney Council (2004-2012). Board member, Epilepsy Action Australia.