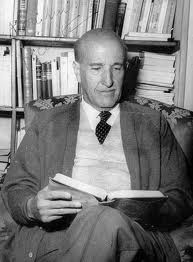 Although hesitant to identify as homosexual, he did not make a secret that his sexual orientation was homoerotic. Representative of Spanish surrealismre, with his work lamenting man's lost passion for nature. Member of the 'Generation of 27'. Nobel Prize for Literature in 1977. Notable poetry collections include 'Passion of the Earth' and 'Destruction or Love'.