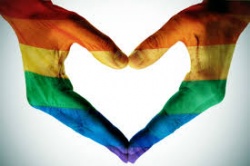 The LGBTQ community today has a well organized philanthropic structure. Many foundations and individuals have developed a specific focus on the needs of the LGBTQ population in the arts, education, health, social justice, welfare, and more. There is an important role for philanthropy to play in advancing the health, livelihood, rights and equality of LGBTQ individuals. As gay politician Peter Buttigieg showed in his recent campaign for the Democratic Party nomination in the United States, prominent gay donors can be a strong base of financial support for even ambitious projects.

Although there are many organizations involved in LGBTQ philanthropy today, there are very few high profile individuals with capacity and influence that can be identified. Even in philanthropy the majority of LGBTQ people are in the closet at work, according to the 2018 report The Philanthropic Closet. Those that do give are more inclined to support advocacy and civil rights issues, are half as likely to support religious organizations, are twice as likely to support health-related causes, and are four times as likely to support art causes than their heterosexual counterparts. They tend to give to more organizations, and are politically active. Their motivations for giving are very personal and related to a sense of giving back and helping marginalized individuals.

Those that are identifiable are well known and very active in their activities, such as Britain's Elton John or America's Tim Gill. Unfortunately, LGBTQ donors are more likely to be white males over 60 with a university or college degree and high incomes. There is the myth that the LGBTQ population is relatively well off and capable of being generous donors. The studies below reveal that one-third of the community in fact makes less than $24,000 per year and struggles to put food on the table. The majority of LGBTQ individuals who do not give say that they do not have the financial resources to do so.

The vast majority of prominent donors are located in the developed world. This is due to the greater degree of homophobia in developing countries, the impact of religion in those areas, income dispersion of the population, the lack of a tradition of community giving, and the fact many LGBTQ individuals in the developing world are in the closet.