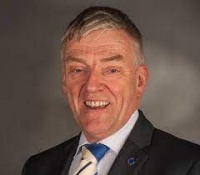 Special advisor on education in emergencies, migration and inclusion. Former Member of the European Parliament (MEP) between 2009 and 2019 as the leader of the Christian Democratic Appeal (CDA) delegation, part of the European People's Party (EPP Group) from 2009 to 2014. Previously a member of the House of Representatives of the Netherlands (1986-2009). Vice President of the CDJA, the youth organization of the CDA.