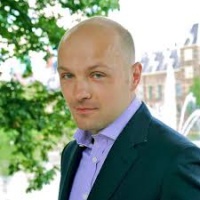 Order of the Orange-Nassau

Chairman of the Humanist Association of the Netherlands (Dutch Humanists), focusing on issues of freedom of speech, education, and atheism. Treasurer of Humanists International in London. Holds several board and management positions in the field of media, culture, healthcare, education and in the private sector. Former Member of Parliament (2002-2012), where he introduced the bill which led to the 2005 European Constitutional Referendum, and was Deputy Leader of his party (2005-2012). Author of the books 'The Morality of Freedom' (2012) and 'New Freethinkers' (2018), amongst others. Former professional actor. Appointed a Knight of the Order of the Orange-Nassau (2012).