Difference between revisions of "Cynthia Martin" 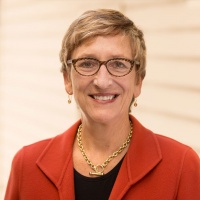 Chief Operating Officer, Hirsch Associates, since 2010. Former President of Global Services, Eastman Kodak (1982-2001), and Vice President of Brand and Marketing, Blue Shield California (2002-2007). Former Co-Chair of the National Business Council at the Human Rights Campaign (HRC). Board member and past board president of Openhouse. Has led national efforts to influence workplace policy and culture. Named by Gay Financial Network as one of the Ten Most Influential Leaders in the country, gave Senate testimony on the Employment Nondiscrimination Act, and has been interviewed and profiled in numerous publications from Time magazine to The Advocate. Partner is Selisse Berry.