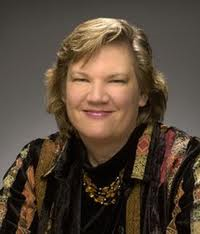 Former Chancellor of the University of California, Santa Cruz. At the time, she was the only female leader of a top rated research university. Professor of Electrical Engineering. Recipient of many awards for her work, including the 2006 Maria Mitchell Women in Science Award in recognition of her work advancing opportunities in science for women and girls. In 2004, she was among nine scholars honored by the White House with a Presidential Award for Excellence in Science, Mathematics, and Engineering Mentoring.