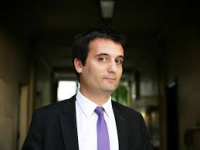 Member of the European Parliament (2014-2019). Former Vice President in charge of communication and strategy, Front National (FN), until 2017, before he quit and founded The Patriots Party. Director of the FN President's political campaign for President in 2011. In 2014 won a financial award against the newspaper Closer for outing him as gay.