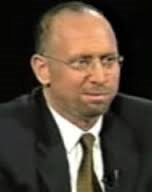 Noted architect of houses and offices. Teacher at the University of California's architecture school. Former set designer for Paramount Studios. Designer of the Art Pavilion in Beverly Hills (1991) and the Fine Arts Facility at the University of California at Riverside (1994), the headquarters for Propaganda Films (1988), and Limelight Productions and Virgin Records (1991). Among the private homes he designed were those of Robert Altman, Joel Grey, and talent agent Howard Goldberg and partner Jim Bean. Died of AIDS. Also known as Frank Israel.