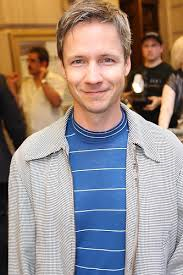 Filmmaker, actor, author, screenwriter, and director. He is notable for the cult play 'Hedwig and the Angry Inch' (for which he wrote the music, the book, and produced the theatre production) and its award-winning film, and the films 'Shortbus' (2006), and 'Rabbit Hole' (2010). He has played the recurring character of e-book editor David Pressler-Goings on the HBO television series 'Girl's. He received a special Tony Award for his production of 'Hedwig and the Angry Inch' (2015).