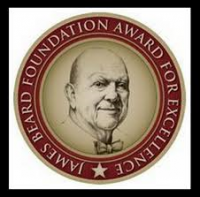 LGBTQ chefs inspire all of us to be creative in the kitchen, eat well, and enjoy life to the fullest.