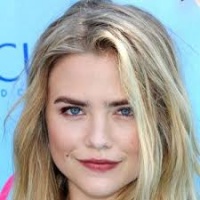 Television and film actor known by her stage name of Maddie Hasson. Appeared in the television shows Impulse as the lead character, as well as the shows The Finder, and Twisted. Has appeared in the films 'I Saw The Light' (2015) and 'We Summon the Darkness' (2019), among others. Married to composer Julian Brink. Bisexual.