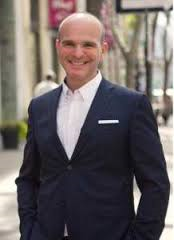 Liberal Party member of parliament since 2021 and 2015-2019), representing Edmonton Centre. Minister of Tourism and Associate Minister of Finance since 2021. Co-founder of Literacy Without Borders, an international NGO devoted to promoting literacy for both children and adults in the developing world and in Canada. Former Vice Chair of TEDx Edmonton and Chair of the Board of Directors for the Francophone Economic Council of Alberta, the Francophone Sport Federation of Alberta, and the Canadian Francophone Games. Former consultant, journalist and political commentator for CBC Radio-Canada and Les Affaires. Rhodes Scholar. Former lecturer at University of Alberta, Campus Saint-Jean. Appointed as special advisor to the Prime Minister on LGBTQ issues (2016-2019).