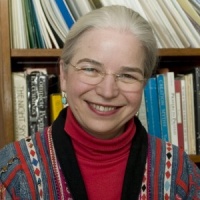 President and Professor of Theology, Starr King School for the Ministry, California (1998-2014). Ordained United Methodist minister in dual fellowship with the Unitarian Universalist Association. Co-author, 'A House for Hope: The Promise of Progressive Religion for the Twenty-First Century' (2010), amongst other books. Has engaged with Central American issues, women’s issues and lesbian/gay/bisexual/transgender concerns. She serves on the board of an interfaith think tank focused on progressive religion and politics called 'Faith Voices for the Common Good'. Member, LGBTQ Presidents in Higher Education.