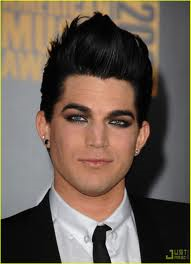 Singer, runner up on reality television series 'American Idol' (2009). Subsequently released several best-selling albums, including 'For Your Entertainment' (2009) and 'Trespassing' (2012). The latter album made number one on the Billboard 200 Top Albums, making him the first openly gay recording artist to achieve to top the album charts. Released his third album 'The Original High' (2015). Appeared as a cast member of the television show 'Glee'. LGBTQ activist. Made headlines appearing as a substitute for the deceased Freddie Mercury with his band Queen (2014-2018), including at the 2019 Academy Awards show. Former partner with Sauli Koskinen.