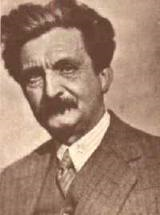 Considered one of the most controversial of activists pre-War. Established homosexual journal 'Der Eigene', the first homosexual literary and artistic journal, which was often censored and banned. A Der Eigene subscription came with membership to a club, the Community of Self-Owners, in which members discussed issues facing the community and found safety in numbers against the threat of blackmail. Women were not allowed to join. Der Eigene shared contemporary right-wing ideals such as racial purity and anti-Semitism, giving it a complicated legacy in LGBT history.