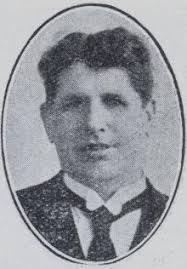 Flamboyant businessman and philanthropist who went on to become a member for Adelaide in the South Australian State parliament (1917-31). Popular activist for prison reform in Australia. Operated hotels, including the Duke of Brunswick Hotel, the Newmarket Hotel, the Hotel Victor, the British Lion Hotel, and the Castle Inn. Served a term on the Adelaide City Council. In 1930, he was charged with sodomy; his subsequent trial was high profile, and he was found guilty and sentenced to five years of hard labour. Later went on to acclaim as benefactor to the poor. Also known as Bert Edwards.