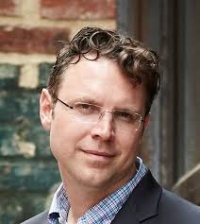 Travel writer and television host for National Geographic. Started his career as a writer for National Geographic Traveler on his assignment 'Bus to Antarctica' (2009) where he encountered an extremely rare black penguin, which led to his book on the adventure 'The Black Penguin' (2017). The book details his struggles with coming out to his Mormon family. The first person ever to live tweet his ascent of Mt. Kilimanjaro. Author of five travel books. Has received five Lowell Thomas Awards from the Society of American Travel Writers (SATW). Recipient of the Walter Cronkite Award for Excellence in Exploration & Storytelling.